There must be a “National Day” for just about everything, and of course I always discover it after it has passed. There are days set aside for the love of fajitas, ice cream, lizards, cats, and even elephants. Yesterday was National Waffle Day and National Peach Pie Day. True to form I zoomed right past the day without a whiff of pie or taste of syrupy waffles.

Last Saturday, while on social media I noticed several old college friends posting about it being “National Radio Day.” Most shared a lengthy list of stations that they had worked at before eventually moving on to more sustainable fields. Of all my classmates who had majored in broadcasting, I think I am the last one still working in radio.

Although technically, after my first four years in secular radio, I too departed radio, intent on never looking back. But then a year later a different kind of door opened at a place simply known as WWEV (We would become Victory many years later).

And Victory isn’t anything like any other kind of radio out there. It’s not about unhealthy competition, or ratings, or return on investments, overbearing managers, exaggerating salespeople, hype commercials, big personalities, or “hit songs”.

It’s about the pursuit of Jesus and hearing that song He is singing over us. It’s about people like you and me, and churches, ministries, and businesses all across North Georgia that all catch a glimpse of this vision.

And so, one by one, each of us listened and then began to do our part to sow, and weed, and water seeds that release the sound of hope, and faith, and love that’s only found in the good news of Jesus. It’s worship and teaching – not scheduled because someone paid for “time” to preach – but playing because God’s anointing pushed it outward and upward.

It’s your victory! If you sent a donation recently, thank you! If you haven’t given lately, please consider sending something today. We need you and the world that is all around us needs you. Please Donate Now!

And remember, every day is National Victory Day, because it’s in the Word, “I will give them a great victory…and [they] sang this song about a wonderful victory…Yours is the mighty power and glory and victory and majesty.” And sure enough, it’s great, it’s wonderful, and it’s His. Thank you for making it yours too! 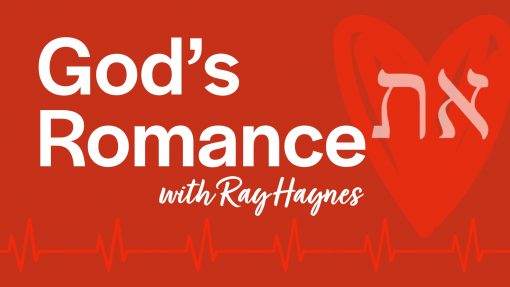 I hope you can join me on Q in the Morning this Friday Morning at 7:00am
for God’s Romance. It’s His story … it’s our story … in the season called Elul. 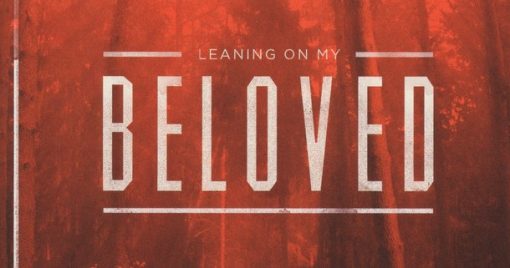 “Leaning On My Beloved…”

And so, it began. The thought, the dream, long stirring, long anticipated, at last emerged. The One who was All, made room for “more” to be – space for “more” to form. He pushed aside nothingness and opened a gate – swung wide a door.

The One breathed out, spoke, and His Word was language, was time, was life, was power, was love, was light – worlds of light. And in the midst of all that had come to be, within a tiny flicker of light, there came a reflection, an image – of the One.

Into timelessness, time began ticking; into silence, sound echoed forth; the Song of all Songs arose in choruses. In the season of Elul, the gift became unwrapped. And the Breath that brought Life – brought Love.

And the flicker glimmered and sparkled, as the Breath softly flowed in and gently streamed out. Life quietly rolled in and then flowed peacefully out…and all along Love shimmered, ascended, and fell, washing over every obstacle and then gushed forcefully out.

And there in the midst of the space He had made for more, He was no longer alone – the All Consuming was touchable. His beloved was now nearby. And He spoke “Elul: Ani v’Dodi l’Dodi li” –  “I am my beloved’s and My beloved is Mine.” And a cool wind blew upon them as they walked – for a time.

That’s the beginning of our story as best as I can tell it. It was an auspicious start for us to be sure, but soon our simplicity of breathing became a chasing after a foul wind. Lips molded for kisses and tenderness communed with the juice and bread of death’s fruit. We were there. You and I, and all who ever breathed in His breath. We were all there in that moment.

So, the One, All Beautiful, took our hand, all corrupted, into His and softly whispered “beloved…” Time passed and He spoke again, “Therefore I am now going to allure her; I will lead her into the wilderness and speak tenderly to her…” And we found ourselves there in the dryness and shame. It’s there that most of us encountered God’s whisper of grace, life with its that turns and twists.

Thankfully, He’s the God who doesn’t leave things broken…especially brides. “In that day,” declares Yehovah, “you will call Me ‘my Husband’; you will no longer call Me ‘my Master.’” (Hosea 2:14-16) And a song that had fallen into shadows, rose up once more restored, “Yehovah your God is in your midst, a mighty one who will save; He will rejoice over you with gladness; He will quiet you by His love; He will exult over you with loud singing.” Zephaniah 3:17

That word “Beloved” has fallen out of fashion and use. A victim of time and style. But it’s the one word that God uses quite often when He speaks of you. Yes you. In Hebrew, two words are used for beloved: The word [ahebh] which means to breathe, to long for, to love. (Yes, within that breath in the garden which brought us life, was His unquenchable love.) The other word for beloved is [dodh] which simply means lover or friend, and it’s used throughout the book of Song of Solomon.

Do you ever wonder what God thinks about you, in your darkest of night, on the mountains of isolation,  to the valleys of fatigue and pits of failure, when there is no way forward and no way out? The greatest news is…He’s thinking about you…He never stops…and He’s singing songs of deliverance over you. He sang the same song to Solomon in the form of an allegory. Much like his father David, Solomon wrote down lots of psalms and songs that God sang over him, but this was his favorite so, he called The Song of Songs.

It was written when he was young and in love with a beautiful girl who would become his wife. So, it’s romantic. But it’s also deeper; it’s an allegory, meaning that, within the passionate language is hidden a tapestry of beautiful strings and knots that tell a similar story about God and His beloved bride and their whirlwind romance. It’s you, by the way. You are His bride.

I’ll never forget the first time I heard someone singing, “Who is this coming up from the wilderness leaning on her Beloved?” I had read it many times and studied it, but something happened when The Song was sung. It was years ago, but the lyrics still resonate deep inside my heart: “I know the end of the story. I’ll come up from the wilderness leaning on my Beloved…It’s Your strong love, Your strong love…” So often when the enemy crashes and smashes into a tender part of my life I hear that ancient song almost whispered within me, “I know the end of the story…”

One of the hardest parts of living this life behind the veil of time and suffering is that we can never get a clear picture of what is ahead for us. I don’t know what’s ahead for me or for you. There’s just no way to see around that veil. But I do know the end of the story. We’ll come up from the wilderness, not alone and abandoned, not bleeding, and dying, not suffering unspeakable agonies.

No, we’ll be leaning on our Beloved. And the story we’ll tell is about His strong love. His incomparable strong love. And knowing the end of the story, means it’s a good story. It may be a tragedy, it may be comedy, probably a bit of both. All I have truly learned and know for certain is that life is about learning to lean. And I’m learning. And I’m praying for God’s grace that your leaning lessons to go well too.

“I would have lost heart, unless I had believed that I would see the goodness of Yehovah in the land of the living. Wait for Yehovah; be strong and take heart and wait for Yehovah.” Psalm 27:13-14

By the way, the month of Elul arrives this weekend. The Four Hebrew Letters that Spell Elul [alef, lamed, vav, lamed] are an acronym for the phrase in Song of Songs 6:3, [Ani l’Dodi v’Dodi li], “I am my Beloved’s and My Beloved is mine.” The first letter aleph – the “I am” – can refer to “the beloved” as being God, or the person you love, so lots of couples get this verse as a tattoo or on jewelry (I have it on my wedding ring).

Elul is part of a forty-day period to search out and awaken our heart for God and for others – to awaken our romance with God. “I was sleeping, but my heart was awake; It is the voice of My Beloved…I [have] found the One my soul loves…” Song of Solomon 5:2, 3:4