Take a trip to Wichita Falls, Texas and you could see the “World’s Littlest Skyscraper.” It’s a 40-foot-tall brick oddity that brings to life one of the great scams in Texas history. The year was 1919, and a big oil strike nearby swelled the population of Wichita Falls so that the streets were crowded every day with people buying and selling stocks involving thousands of dollars. The need was great for a place to conduct the town’s financial matters.

A man named J.D. McMahon offered to build a skyscraper 40 stories tall. With the growing need for office space and ways to make money, the residents were a little too quick to listen when McMahon offered them a chance to invest in his new landmark. Confusion and greed led the way as he quickly sold $200,000 worth of stock (worth $3 million in today’s dollars). He brought his own crew in to quickly build a small four-story brick building only 40 feet tall, 10 feet wide, and 18 feet long, with only one room per floor. That was one-twelfth of its expected size. How big is a lie? The difference between inches and feet is one tiny single quote mark. 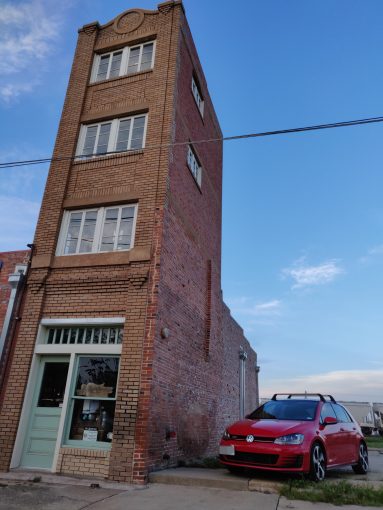 The investors took the matter to court, but a local judge threw the case out because when he looked at the building plans, he noticed that the specs were done in inches, not feet. McMahon had built the exact sized building everyone had signed off on. Nobody had noticed that the plans were in inches. McMahon quickly fled town. The building has aptly been called “the height of deceit.” It’s now a popular tourist attraction in the Historic District. 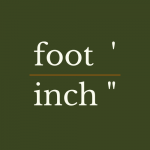 “Like a madman who throws firebrands, arrows, and death is the man who deceives his neighbor and says, ‘I am only joking!’” Proverbs 26:18-19

I spoke with an old friend the other day. The last time we talked he was struggling in his faith because life had dealt him some difficult blows. I never bring up politics because he historically has leaned to the left, while I am extremely conservative. Consequently, such topics never end well. This time, however, he asked what I thought about our President. So, I took a deep breath and said, “I really like him, and I know you’re probably not a fan, but…”. He interrupted, “No, actually I really like him a lot.”

After I caught my breath, I asked him what had caused the change in his thinking. His reply, “He does what he says. He keeps his promises. He’s the first politician, let alone President, in my lifetime to do that. And I can see all the good that he has done for the country.” It was obvious that God had renewed his hope and faith in the Lord since we last spoke, but it was also clear that the work of “truth” through a very imperfect leader, had greatly impacted him.

While it’s easy to spot the President’s flaws because he rarely tries to hide them, there is no denying that no one seems to remain in the middle as to how they feel about him; it’s love or hate. I see the long lines of people waiting to get in his overflowing rallies everywhere he goes. And I see and hear the vitriol pouring out from every news story and a quite a bit from his twitter as well.

But the conversation also made me wonder that if we were instead describing the impact of the church in America, if my friend would have such a glowing heart change. And I couldn’t help but wonder if our enemies ever say of us, “They do what they say and keep their promises. And I can see all the good that they have done for the country.” And how often are our services standing room only?

There is no getting around being offensive if you follow Jesus. There are not brands of truth, despite what Oprah thinks; only the truth of Christ brings true freedom. All other declared “truth” is just a fragile lie. Living a life of character that focuses mostly on the line between right and wrong, is priceless as we raise up the next generation. But revival
echoes in a place where truth is visible, not perfection. The world can easily see the line we’ve drawn in the sand, but do they see us living in a way that is impactfully true?

I’ll never forget the first time I saw the homestead my Grandpa built. One of the second story windows leaned significantly to the left because he occasionally used his level as a hammer to adjust boards. As a result, the level no longer represented what was plumb and true. It wasn’t offensive. It was just a lie. But for many years it was true, trustworthy, and dependable enough to help build perfectly. But life left it banged up in a way that could only be seen by the results it produced.

I believe there is a significant difference of what revival means to the church and what it will mean to the lost? Some have tried to make the Kingdom appealing in the same way J.D. McMahon sold investors a vision of a skyscraper that would help them get rich quick. Have we appealed to greed, expedience, or to a pragmatic gospel where Jesus is more of a means than an end? Have we presented Jesus as a way for others to get something they want because they see He has helped provide what we want? Are we like Oprah handing out a car to everyone in the audience, but then encouraging them to live out “their truth” as if there are many brands? Jesus has never been one size fits all.

“Jesus said to him, “I am the way, and the truth, and the life. No one comes to the Father except through Me.” John 14:6

Is it time to ask ourselves, “Are we trustworthy, are we true?” Character is crucial, but is Christ visible to others in us, or are we casting shadows and calling them the real thing? Have we made the Gospel a byproduct instead of the prime product? The desire to defend God’s righteousness and standards is desperately needed in these times.

But it is a subtle tactic of the devil that if he cannot stop us, then he will get behind us and push us until we go too fast or too far. We are to follow and be led by God. If we are out in front, we are still out of His plan and not in our calling and destiny. Only three things remain in the end: faith, hope and love. Satan loves to kill, steal and destroy anything valuable in the Kingdom. He kills faith, steals hope, and destroys love.

As 2020 marches on, dare we pray for God to help the world to see us clearly, the hidden places that secretly make us lovers of darkness while we proclaim the light? Will they see Jesus in us? Will we change their made-up minds about God? It happened for the Apostle Paul in his day, perhaps God can also do it in our day, “The saying is trustworthy and deserving of full acceptance, that Christ Jesus came into the world to save sinners, of whom I am the foremost.” 1 Timothy 1:15