JoJo: “You are weak…like an eyelash. I am born of Aryan ancestry.”

Elsa: “Break free, great Aryan” [Elsa twists JoJo’s arm behind his back and pushes him down]. “There are no weak Jews. I am descended from those who wrestle angels and kill giants. We were chosen by God.” [From the Taika Waititi satire film JoJo Rabbit]

Who are you, really? Where did you come from and why are you here? What is your destiny? Jesus came to definitively answer those questions for each of us. To settle the answers deep in our hearts with the unshakable certainty that He is for us. Through suffering and irreplaceable loss, through weeping and disappointment, He is for you. Through waiting and failure, through sickness and lack, He is for you. He faced and won every battle first so we would never forget that we are His, built for eternity to be the bride of the Son of God. Victory is our ending…we win.

Still, the greatest tragedy is that we forget, over and over and over, until it is certain that we are “weak like an eyelash”. For me, the cause of that dilemma is always forgetting who I am, when Satan relentlessly tries to redefine my identity. It certainly was the stumbling block for the Israelites. Despite God’s hand to mightily deliver them from Egyptian bondage, to lead them by the hand through the desert, and to destroy multiple kingdoms of giants to provide them a land of promise, they forgot everything He told them and everything He showed them.

“Only take care, and keep your soul diligently, lest you forget the things that your eyes have seen, and lest they depart from your heart all the days of your life. Make them known to your children and your children’s children.” Deuteronomy 4:9

Life is filled with opportunities to be fearful, to become weak like an eyelash and forget who we are. Even when it seems logical to be afraid, it is a deadly trap because it removes our focus from the greatness of God. And it moves our attention onto something that appears threatening and overwhelming but is really fleeting and frail. We find ourselves asking, “Why do I have to go through this?” We ask it of God; we meditate on it ourselves; and of course, we ask anyone else who will listen. It’s worth noting that the word fear is curiously missing from the story of Joseph. Wasn’t his life over? How could anyone escape an Egyptian prison? Yet, he was fashioned by everything he went through to be used by God to save the whole world while enslaved in Egypt. Instead of forgetting God, he forgot his hardships, and God used him to literally save the entire world of his day.

“Joseph called the name of the firstborn Manasseh. “For,” he said, “God has made me forget all my hardship and all my father’s house.” Genesis 41:51

How did he overcome such odds? He knew something that the rest of the world didn’t know. He was chosen. He was from the line of Abram, who defeated mighty armies of giants to rescue his nephew Lot. Hundreds of years before Joseph was even born, God told Abram that His plan included affliction in Egypt. “Then the Lord said to him, “Know for certain that for 400 years your descendants will be enslaved and mistreated. But I will punish the nation they serve as slaves, and afterward they will come out with great possessions. In the fourth generation your descendants will come back here, for the sin of the Amorites has not yet reached its full measure.” Genesis 15:13-16

While God was creating a covenant with Abram, another contemporary named Job was also navigating life as great giants roamed the land. Still, he was made to prosper by God. When he lost everything that he treasured and the family that he loved, he was able to bless God even then because he knew the source of his greatness and the real source of his sorrow, so his “afterward” was greater. “Naked I came from my mother’s womb, and naked shall I return. The LORD gave, and the LORD has taken away; blessed be the name of the LORD.” Job 1:21

So often we plead with God to be rescued from our battles, but His plan is for “afterward”. I love the way God describes this massive group of beaten down slaves walking out of Egypt, “And it came to pass at the end of the four hundred and thirty years – on that very same day – it came to pass that all the armies of the Lord went out from the land of Egypt.” Exodus 12:41

That’s why they were in afflicted in Egypt – to become a great army. God led them and fought their battles, but tragically, they couldn’t see themselves the way God saw them. They couldn’t believe God would save them from the giants lurking in the new land, let alone use them to bless and save the whole world. They were terrified, so their graves are strewn across miles of desert outside the land that held God’s promises for them. 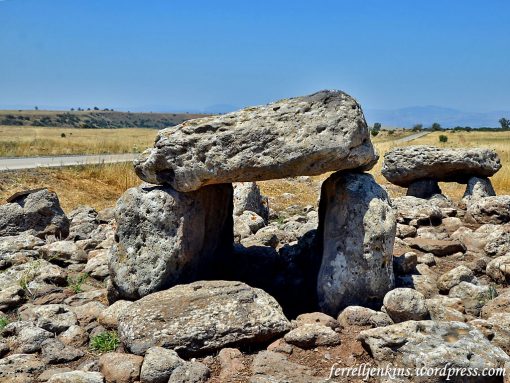 Forty years later Moses conquered that ancient Amorite land of Bashan. He called it “the land of the giants”, because those giants were very real and terrifying. Their amazing victories are worth remembering, and you can still see hundreds of ancient dolmens in Bashan constructed of massive stones weighing seventy tons.

In the modern day, Amorite giants are now extinct, but fear is not. Between the fear mongering of the media and global elite attempting to turn a simple virus into a global crisis, to the outright media lies and bias on almost every other subject, to the nastiness of political campaigns, the year ahead holds many opportunities to fix our eyes and ears on Jesus so that we don’t find ourselves wandering in a desert of our own making. Don’t take the devil’s bait and fill your life with fretting.

There’s great news, God has the perfect plan to combat all the fake negativity. Long ago, God established a “Selah” moment, a spiritual pause to refocus our perspective. It was so beneficial that God changed New Year’s Day to this profound celebration called Passover. This year, Passover is April 8th. Eating the meal also involves recounting the miracles God did to deliver His people. But we don’t just look to the past. We also praise Him for His promises of good for us that are still to be fulfilled. God says in Leviticus, “These are the appointed feasts of the Lord that you shall proclaim as holy convocations; they are my appointed feasts.” The Feasts are personal to Him and they need to become personal to us. He specifically told His disciples to gather consistently and celebrate Passover.

“The Lord Jesus, on the night He was betrayed, took bread, and when He had given thanks, He broke it and said, “This is My body, which is for you; do this in remembrance of Me.” (1 Corinthians 11:23-24)

Passover is an opportunity for Jews and Gentiles to join Yeshua (Jesus) in a meal to celebrate everything He has done for us that we could not do for ourselves. But it’s not just to look back at history. Ultimately, it is the gathering of the armies of God to prepare them for the coming battles. The Israelites in Egypt were thinking about escaping their situation, not preparing for war, and that’s why they failed. But God was focused on their enemies.

They gathered for a meal as the death angel carried out the final plague on the firstborn of Egypt. They escaped in the night and watched the utter destruction of their enemy at Red Sea. Likewise, 1,500 years later in Jerusalem, Jesus gathered with His Disciples to eat that same meal, to prepare them for His arrest, torture, crucifixion. The He rose again triumphing over death and hell forever. He gave us this meal to help us remember that He is our only answer and to get our eyes off the fears of this present world. 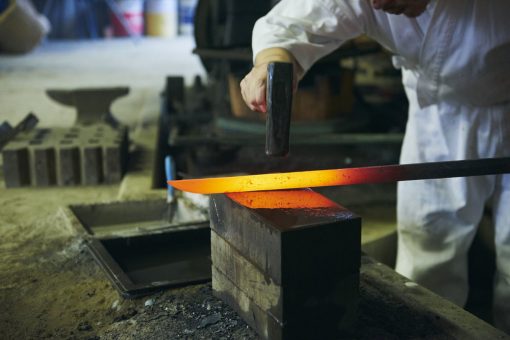 Suffering is always at the heart of restoration and advancement. There will always be giants to fight because we are God’s weapon to destroy His enemies. And weapons are not created in an instant, they are fashioned by the process of shaping something hard by destroying anything that is not needed.

“Yet even in the midst of all these things, we triumph over them all, for God has made us to be more than conquerors, and His demonstrated love is our glorious victory over everything!” Romans 8:37

God will always desire to wrestle because we are the Jacobs He has raised up for this generation. We are the hands of Jesus still at work saving the whole world; He loves us and longs to give us the name that best describes our purpose and destiny. The land where Jacob wrestled the Angel of the Lord was Bashan, the Land of the Giants.

“Then he said, “Let me go, for the day has broken.” But Jacob said, “I will not let you go unless you bless me.” And He said to him, “What is your name?” And he said, “Jacob.” Then He said, “Your name shall no longer be called Jacob, but Israel, for you have striven with God and with men, and have prevailed…And there He blessed him.” Genesis 32

Why did Jacob refuse to let go until He blessed Him? The same reason every child of God can assert, “We are descended from those who wrestle angels and kill giants. We are chosen.”

A blessing isn’t just something to do before eating a meal. Blessing is the hidden strength of the Christian life. It’s part of the grace and strength that sustain us, and the faith and courage that enable us to overcome anything.

“Pray passionately in the Spirit, as you constantly intercede with every form of prayer at all times. Pray the blessings of God upon all His believers.” Ephesians 6:18

Blessing is also at the heart of what the year 2020 and this Passover season is all about. I’ll share much more about Passover and the crucial aspect of blessing two times on Wednesday April 8th. First, during the Victory 91.5 morning show Coffee with Corrie, I’ll begin teaching at 7:00am. Then join me live at the Church at War Hill the evening of April 8th at 7:00pm for a Passover Seder. It’s a ticketed event with limited seating so register soon at victory.radio.